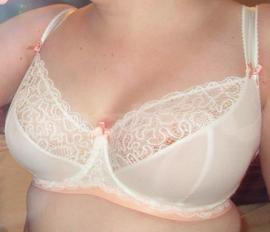 Since AW2015 - Unpadded balcony bra with stretch lace in the upper part of the cup. More...
This bra is discontinued.