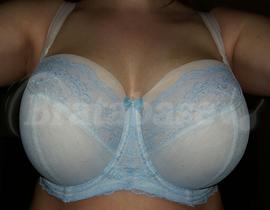 AW2015/SS2016 - Non-padded balconette bra with a three-piece cup and a diagonal seam. More...
This bra is discontinued.