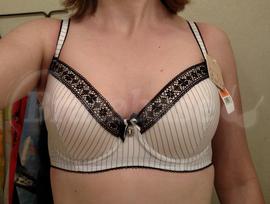 SS2012 - This is the moulded padded version of Kimberly, for the balconete moulded version see Kimberly (1612). More...
This bra is discontinued.