This is an Addition Elle 8445 42DD bra, here we will show how to take its measurements so you can add it to Bratabase. 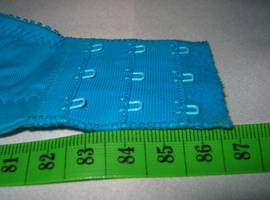 To meause the band length:

This is the measure the distance from tip to tip of underwire, place your tape on the center of the cup (where the underwire begins) and measure across the cup (from inner side to inner side). 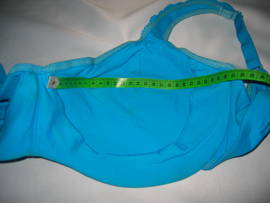 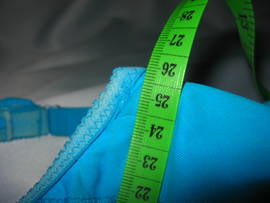 The cup depth is the measure of the inner perimeter of the cup. This one is tricky.

You have to measure inside and around the cup along the same line you measured the cup's width, that shoud match the deepest line of the cup. 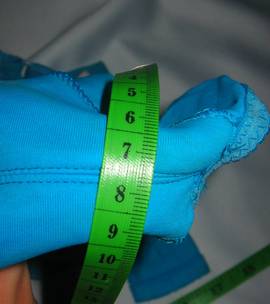 This measures relates how separated your breasts need to be in order to fit comfortably the cups.

This is the measure of how far each inner side of the cups is, which is the wire's width, plus the cup separator. 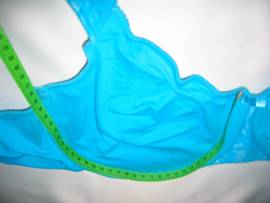 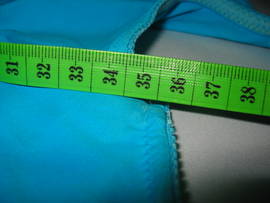 This meaures the length of the wire used for the cup.

Place your tape along the underwire, and measure from end to end.

Measure only the actual underwire, even if it's smaller than the fabric covering it.

If your bra does not have underwires, please measure the perimeter of the cup in the same fasion even if it does not have a round shape, follow the square seams. 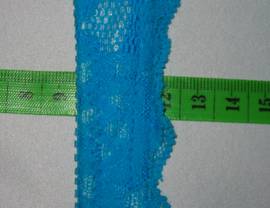 This is pretty straightforward. How wide is the bra strap.

This strap is 2.5cm wide 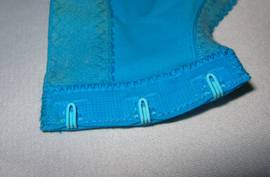 The number of hooks the bra has.

This one has 3 hooks.

The cup and band as shown in the label.

This bra is a DD cup.

If the label shows equivalences, use the one with less letters. 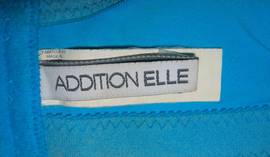 The brand of the bra should be in a label or printed along the band.

This is a Addition Elle bra.

The model of the bra can be found on the paper bra tag it came with when bought, If you don't have it it should also be printed either on the band or in one of the fabric tags.

In case your bra also has a model name, please include both separated with a @. such as Name@code.

Allow yourself to use decimals where needed.

It is ok, if your measurements are not 100% exact, but try to measure a close estimate.