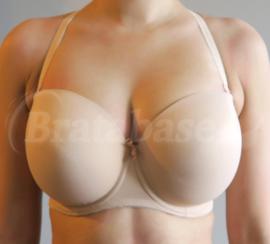 This is the strapless version of Freya Deco More...