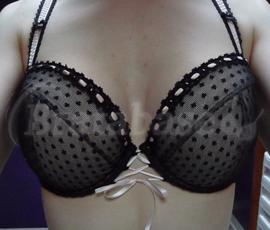 SS2011 - Padded plunge bra in a black polka dot fabric on top of a powder pink base with lacing instead of center gore. More...
This bra is discontinued.