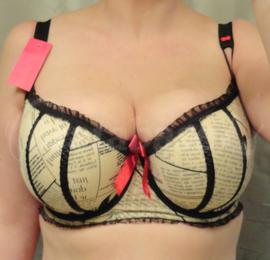 AW2013 - padded half cup bra in a unique newspaper-patterned fabric More...
This bra is discontinued.